Promotions are always a good thing for one’s professional career. Moving up the ranks is ideally the way it should go. The goal is to climb high as your skills and experience can take you, which would prove that your years of hard work are paying off. But as much as this is a desired career path, managing leadership transitions can be difficult to carry out.

If you’re reaching a senior position, you’ll realize you have bigger shoes to fill. Or if you’re unlucky, you may be left with the fallout of the previous leader’s unsuccessful attempt to deliver the desired results. If you’re not made of the right stuff, you can be riddled with fear, uncertainty, and doubt. This can affect the organization as a whole since a new senior leader’s action—or inaction—will significantly affect the course of the business.

In this guide, we’ll give a rundown of all the essential information to help managers and supervisors who are moving up to a senior leadership position handle the transition in an effective way.

(If you’re a staff member who’s looking for some leadership advice, check out our other posts on leadership and management on our blog.)

Here’s a brief overview of what we’ll discuss (feel free to skip to any section):

One of the most important events that can happen in an organization is a high-level executive transition. The direction of the business will depend on the leader’s efforts or lack thereof, for better or for worse. But despite the high stakes, leaders are generally underprepared and even under-supported during this transition to a new and more important role.

According to McKinsey, 50 percent of leadership transitions fail. But if it’s successful, McKinsey senior partners Scott Keller and Meany claim in their book, Leading Organizations: Ten Timeless Truths, that there’s a 90 percent chance that the team will meet its three-year goals, with a 13 percent lower attrition rate among employees and a 5 percent increase in revenue and profit for the company.

Leaders rank organizational politics as the major hurdle in these transitions, where 68 percent involved issues related to politics, company culture, and the people they work with, and 67 percent of leaders had taken the necessary measure to change the culture faster.

Regardless of its success or failure, transitions can be expensive. Costs include advertising, searching, relocating, offering sign-on bonuses, giving out referral awards, and the overhead expenditures of HR professionals and other leaders who are involved in the whole process. For senior management roles, these expenditures have been estimated at 213 percent of the annual salary. This may be huge, but perhaps the most notable cost is losing six to 18 months in completing a transition while the competition moves ahead.

These circumstances aren’t experienced solely by leaders coming from the outside. In fact, 79 percent of external hires and 69 percent of internal hires divulged that implementing a change in culture is no easy task. Keep in mind that these are senior executives who have achieved considerable success in their field and have shown intelligence, initiative, and results in their previous positions. This shows that what got them to a certain level of leadership won’t necessarily get them to the next, so to speak.

The business world constantly goes through fast and big changes, making it fairly common for senior-level transitions. CEO turnover rates had dramatically increased from 11.6 percent in 2010 to 16.6 percent in 2015. And with 69 percent of new CEOs reshuffling their management teams in the first two years of their tenure, transitions cascade down to the senior ranks.

It’s always a good thing to look at known leadership transitions and take notes on either how they were done successfully or how they failed in epic fashion. You can learn from what they did right and what they did wrong so you can find out if you can apply the same to your organization and boost the chances of all your transitions’ success.

When Sony was founded by Akio Morita and Masaru Ibuka, the company quickly became a major player in consumer electronics. Sony was the first to market a variety of innovative products that included the pocket radio, home video recorder, transistor TV, the iconic Walkman, Discman, and the MiniDisc. Even in markets that Sony wasn’t necessarily first, it found a way to develop appealing new devices, such as the Sony PlayStation.

Sony’s innovation was largely driven by the active involvement of Morita as chairman until 1994. But as his involvement and influence diminished towards the end of his career, so too did the company’s entrepreneurial spirit.

It was when Kazuo Hira became CEO in 2012 that the company started to take a more positive direction. Hira was a man on a mission, bent on bringing the good times back to the then bloated company through increased focus and a more streamlined strategy. It was during his tenure that the PlayStation was born. The rest, as they say, is history.

Bill Gates built Microsoft from the ground up to become one of the most dominant businesses in history selling consumer software products. But since Steve Ballmer took over as the new CEO, he is often blamed for letting the company stagnate and bloat into an unmanageable collection of products.

However, the numbers say otherwise. Revenue nearly tripled under Ballmer’s leadership, and returns on capital have considerably increased. Moreover, expecting the same kind of growth from him that the company saw under Gates is simply unrealistic—if Ballmer’s Microsoft grew at the average rate of Gate’s last five years, the company would be generating around $200 billion in revenue per year.

Despite not being able to carry Microsoft’s dominance in the PC and office software department over to mobile computing or online operations, Ballmer has kept the company growing for more than 10% a year for his aggressive acquisitions like Skype.

When Tim Cook took over the mantle from Steve Jobs as CEO of Apple, the tech giant didn’t lose track of what the company was set to do. The reaction to the official announcement was calm with a relatively moderate reception. It helped that Cook was already well-known to Apple employees, analysts, and investors. He has also been the company’s chief operating officer for a long time and filled in for Jobs as interim CEO during medical leaves of absence.

Walmart also managed to pull off a successful leadership transition when Sam Walton stepped down in 1988 and passed the baton to David Glass, and Glass to H. Lee Scott in 2000. Throughout these changes, it would be tough to point any major shifts in the company. Wal-Mart was built by Walton to become an emergent power in the retail business before Glass and Scott continued the same momentum to bring it to where it is today.

Fresh leadership can be key to changing an old conservative brand to being more progressive if done right. They will be able to steer the company in the right direction if it gets stuck in a rut.

Leadership transitions are increasingly becoming more common and important than ever. These executive transitions are generally high-stakes and high-tension events. For these new leaders to succeed, they need to assess their situation and focus on five basic dimensions of leadership.

1. Your business or function

You will need to clearly understand the current performance of the company and what strategies it’s going to take for it to move forward. Once you’ve figured this out, you can align and mobilize your team to your organization’s future aspirations and priorities.

Getting to know the current culture is crucial in any leadership transition so you can make the necessary changes it has to go through to improve the organization’s performance. You will be instrumental in influencing these changes using the levers available to you.

Your team is also an important indicator of your transition’s success. Find out if you are leading the right team with the right skills and attitude that are fit for your organization’s structure. To know if they’re the perfect fit, take them on a structured journey to transform them into a high-performing team. You should also move beyond firefighting and let go of matters that can be delegated so you can focus on the bigger picture.

Introspection is key to assessing one’s self in becoming a great leader during a transition period. You should do what it takes to get up to speed, set boundaries, and consider your legacy in the organization. Pulling this off successfully involves spending time wisely assuming different roles you can play.

Understanding your mandate and the other expectations of major stockholders is a mark of a good leader. Establish a productive working rhythm and relationship with these stakeholders and help shape their views.

You can refer to these other sources to help you through this tricky leadership transition and make sure it works for you and the organization.

For a more hands-on guide on managing leadership transitions, our public seminar on Unleashing the Strategic Leader might be perfect for you. Check it out here to learn more.

How to Successfully Transition Between Leadership Roles2 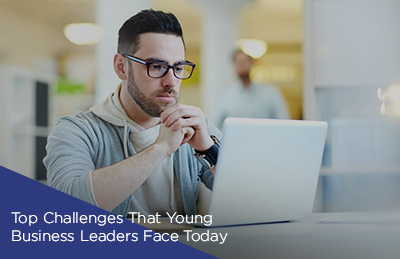