You’ve probably heard of the word “viral” from every corner of the advertising and marketing landscape; a client has most likely told you before that they want their campaign to go viral. There was once a time when the word viral meant something terrible, considering that its root word is “virus.” But nowadays, it’s as if everyone—may they be an individual or a company—wants to go viral.

But, what is it, really and how can you make something viral? Is it possible to create a plan that will help turn your campaign viral, perhaps through a strategic marketing approach?

Not surprisingly, virus and viral content share some characteristics. A virus carries a sickness or infection that can be quickly passed on from one person to another through different means – much like a viral piece of content that gets shared on various platforms until it receives a substantial amount of shares and views.

The creation and distribution of viral content are planned through viral marketing, a strategy to spread the marketing message quickly and encourages users to pass it on to others, possibly resulting to the growth of the message’s exposure and influence.

In many cases, its virality happened by accident, but that doesn’t mean that a piece of content doesn’t need a viral strategy. Preparation and creativity will help make your campaign successful online.

A definite way is to make content that taps into the emotions of the audience like joy and awe, and work it in combination with a social networking platform that makes it easy and fast to share. Luck does come useful, as you can only rely on your audience to spread your message. There’s also the risk of being misinterpreted or parodied (especially through memes).

How Did the Term “Viral” Come About?

Viral is far from being a buzzword that it was. If your primary platform is online or social media, having a viral marketing strategy can significantly help with your advertising and promotions, and can even be considered a measure of success.

The term viral  marketing was first used in 1996 in a Fast Company article entitled The Virus of Marketing by Harvard Business School professor Jeffrey Rayport.He also referred to it as v-marketing. This was also the year Hotmail—one of the companies attributed to the early rise of viral marketing—was founded.

However, in 1997, VC firm Draper Fisher Jurvetson claimed to have coined the term. In a Netscape newsletter, they defined it as a “network-enhanced word of mouth,” and that the idea came from Tim Draper who suggested to Hotmail to “include a promotional pitch for its web-based email with a clickable URL in every outbound message sent through it.” Hotmail reached 1 million users that year.

Years later, in 2000, Unleash your Ideavirus by Seth Godin, another Fast Company article, referred to virus again to describe the idea economy and how “ideas that spread fast win.” In 2004 and 2005, the world saw the birth of social media sites Facebook and YouTube, making videos more accessible and sharing them easier.

With social networks becoming the most dominant activity online, viral marketing reached buzzword status, and in 2008, the term peaked its highest search volume according to Google Trends.

What are Some of the Best Examples of Viral Content?

To better understand virality, you can look at some of the more prominent marketing campaigns that have reached the viral status.

As earlier mentioned, Hotmail was one of the precursors of viral marketing, perhaps also one with the simplest strategy in this list. In a nutshell, the company did take Draper’s recommendation and placed a footer message in every email sent through a Hotmail account, serving as a promotional pitch to people who have no account yet to sign up for Hotmail.

The clickable message read, “Want a free email account? Sign-up for Hotmail today.” Since registration and use of Hotmail were free, understandably, those who saw it signed up and used it to email other people, too. In turn, this message pushed more people to sign up. The simple footer was able to rapidly propel Hotmail’s campaign into an even wider audience every time.

2. Old Spice’s “The Man Your Man Could Smell Like”

This was a funny and out-of-the-box ad campaign that was released in 2010, just when social media were about to dominate online activity. It shows ad personality Isaiah Mustafa strutting around while explaining to ladies how [good] their men could smell like by using Old Spice.

Shortly after it was released, ad agency Wieden + Kennedy made additional short ads featuring Mustafa. In these videos, he was shown responding to Facebook and Twitter posts from both random people as well as celebrities. This resulted in Old Spice Twitter gaining more than 1000% followers, with the ads being liked by over 600,000 people on Facebook.

The company and ad agency were smart to use social media to engage customers interactively. In addition, Mustafa responded in real-time to the social media posts, keeping the conversation about the brand rolling. The videos were naturally personalized for each user, therefore winning the trust of the audience even more.

Mustafa became an internet sensation thanks to the ad, and the short videos that followed, or “sequels,” gave him more exposure, which the audience wanted in the first place. It’s hitting two birds with one stone, as it also gave Old Spice more opportunity to introduce the brand.

In 2014, the number of Americans who have Amyotrophic Lateral Sclerosis (ALS) hit 30,000. The Ice Bucket Challenge started this year, with the goal of raising awareness to this relatively unknown disease, and raise funds for further research to ultimately find a cure.

The challenge was for a person to pour a bucketful of ice-cold water over his/her head, invite at least three more people to do the same, and make a donation to the ALS Association. Eight weeks after the start of the campaign, it was able to raise $115 million. It helped that prominent figures did the challenge—Bill Gates, Oprah Winfrey, George W. Bush, Tim Cook, and many others.

The campaign hit both of its goals thanks to its rather simple message; the objectives of the challenge were simple and clear for the people, as well. And because the challenge invite had a 24-hour limit, it created a sense of urgency that helped spread it quickly and widely, as well as a viral loop via its call-to-action.

What are the Elements of Viral Marketing?

If virality can’t be achieved consciously, here are some essential elements you can include on your campaign to make sure that you are maximizing the potential for a broader and bigger reach. You don’t need to include everything, but keep in mind that the more elements you have, the bigger the chance for you to get the best results.

A viral campaign may give away something useful for no charge to attract the audience’s attention. However, consider that this is delayed gratification for your business. Profits don’t come immediately with this strategy, but having people’s interest will make a profit soon and perhaps for a longer period.

Choose the medium that will make your campaign easy to transfer or share. Viral ads are effective when distributed online because it provides easy and cheap communication. In addition, marketers must make the message simple, so that it can be transmitted easily without degradation of context.

In addition to painless transfer, reaching a wider audience calls for a transmission method that is rapidly scalable, from small to very large. Scalability should be integrated into your viral model.

Your message should be interesting, intelligently placed, and applicable to your target market for it to have a chance to be shared.

Aside from being relevant, your message should also be able to take into account common human motivations and behaviors, as this would help increase your campaign’s shareability and would make the audience want to communicate the message. Be inspiring.

Social scientists claim that a person has 8–12 people in his/her network, including friends, family, and associates. When you look at their broader network, they may even know hundreds or thousands of people. Place your message into existing communications so you can make its dispersion faster, like through affiliate programs and permission email lists.

There are many ways to get your message out like submitting free articles or putting out news releases. Your platform isn’t limited to your resources on hand.

Are You Ready to Go Viral?

As earlier mentioned, luck contributes to virality. There may not be a single formula for virality, but luck is perhaps the common denominator of all the viral content over the past few years. No matter how hard it is to achieve virality, you can push your luck and follow the suggestions above when coming up with your viral marketing strategy.

In addition, you can also work to improve your communication skills to effectively and confidently get your brand’s message across and overcome conflict and misunderstanding without being passive or aggressive.

Through the Strategic Marketing seminar of Guthrie-Jensen Consultants, your brand can achieve top-of-mind recall and position itself above and beyond its competition.

Filed Under Sales and Marketing 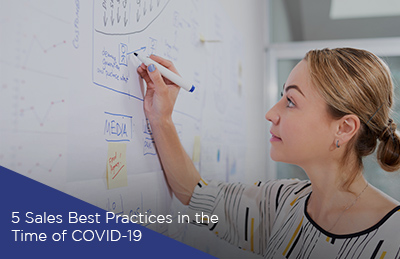 5 Sales Best Practices in the Time of COVID‑19 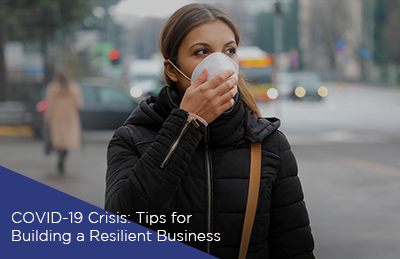 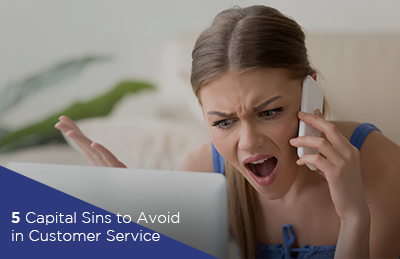