Building A Culture of Open Communication is Key 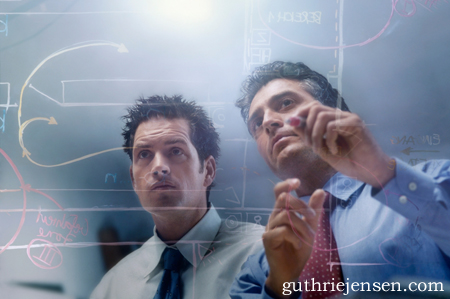 A leading international organization with an office in Manila approached Guthrie-Jensen in the recent past with the goal of improving the culture of their operations department.  The department had 200 employees, coming from diverse backgrounds:  long-time and new employees; Filipino employees and nationals from Asia, Europe, and North America; tenured professionals and contractual workers.

The department’s recently-appointed vice president  described the division’s culture as “complicated,”  even “cold.”  Work relationships had been described as purely transactional.  Expats observed their staff as timid, while the latter perceived their leaders as “bossy, demanding, and not willing to flex.”

How was the business unit’s performance?  The vice president says that targets had been met.  But she knew that performance could be better.  She recognized that in the long term, a culture of a more open, more professional communication had to be built– a concern of many shared by many organizations around the world.

How can business units and organizations build a culture of open communication?

While culture building is a long (but very doable) process, the application of these behaviors can immediately yield visible results, especially when people are motivated to practice these behaviors and when they see benefits in practicing them.  In fact, many organizations yield initial results as early as the one week after an intervention such as training. This is especially true when the performers are front liners who regularly deal with clients.  But as mentioned, these behaviors need to be sustained through coaching and mentoring from leaders.  After all, training is never a replacement for good leadership.

The more that a culture is sustained through leadership and constant practice, the more it is expected to propagate in the organization.  The goal is to